Throwing a Flag on the Cost of Service 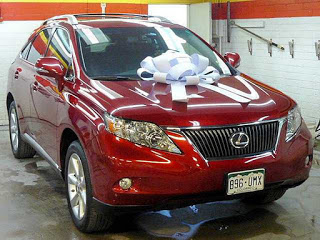 In the automotive repair business, the costs associated with end-user service are typically low on the list of priorities. Margins are very small, and there is a constant struggle between the amount of money that the insurance companies are willing to pay, and the cost of materials and labor that are required to repair the damaged vehicle.

In an effort to maximize profits, most body shops and insurance adjusters work on a “flag rate” scale. Flag rate can best be understood as a flat rate that is assigned to any given particular job on a repair. A percentage of those hours will be assigned to the prep department, the paint department. And so it goes across every department that handles the repair, until all flag hours have been spent (paid) by the insurance company.

The FLAW in the System

The problem with a flag rate system of payment is that in most cases, repair shops try to rush the work in order to leverage the flat rate. If a job calls for 10 flag hours, and 3 of them are dedicated to the paint process, three hours are paid whether it takes two hours or five. The shop is motivated to push work out the door in less time than the number of hours actually flagged, thereby increasing profits. The more money shaved off the flag rate of assigned hours, the more money goes to the bottom line. In-and-of itself, this is not necessarily a bad thing. However; the playing field of automotive repair is not level.

It is common in the auto body industry that rather than repairing existing parts, they are replaced. And more often than not, they are replaced with the lowest-priced, and often third-party parts that may or may not fit as well as the original parts. Shops can effectively cut corners, saving time and money on the repair side, maximizing their profits on a flag-rate system. This benefits the repair shop in the short term… but ultimately, it is the customer and their experience that bear the burden of a system flawed by built-in greed. We went in search of a body shop that was willing to buck the trend, and instead, put the customer experience above their bottom line. Does such a shop exist? Indeed it does!

Robert Grieve, owner of Nylund’s Collision Center is well-known in the Denver metro area for his absolute insistence on his, “if it’s not perfect, it’s not leaving” way of doing business. His staff are paid hourly, instead of on a flag-rate system, ensuring that they take the time necessary to perform each and every repair to the highest standard possible. Customers of Nylund’s often comment that upon delivery, their once-mangled vehicles look nicer than the day they drove them off the showroom floor.

The decision made by Grieve to avoid a flag-rate system of payment absolutely costs him more in the end, and so one might assume that he just passes those expenses on to his customers. That, however is not the case. The insurance industry actually sets the rates within which all body shops must comply, and Nylund’s is no different. Grieve absorbs the extra expense, committed to his conviction that if he takes exceptional care of his customers… they will respond with loyalty to his service. And if the hundreds of customer reviews that propelled Nylund’s Collision Center to the Best Body Shop in Denver on Denver’s Channel 7 A-List are any indication – he’s right.

“There’s a right way to do business”, says Grieve. “Our customers are the very heartbeat of our business. When they bring their cars to us, they bring more than just a vehicle. They bring their trust. We hold that in the very highest regard, and will honor it every time by delivering a customer experience that is second to none.” Every car that comes through Nylund’s Collision Center receives the highest quality service and then is delivered to the customer after receiving a complete detailing and adorned with a large ribbon bow.

Nylund’s Collision Center has been awarded the American Patriot Award for their pro-military hiring policy. They have been featured many times on the “Fan-Braggin’™ Friday” segment of the nationally syndicated Experience Pros Radio Show, a customer-driven program featuring nothing but the best in business. Nylund’s is located at 1033 W. Dartmouth Ave., Englewood, CO 80110 and may be contacted at 303-761-9219.